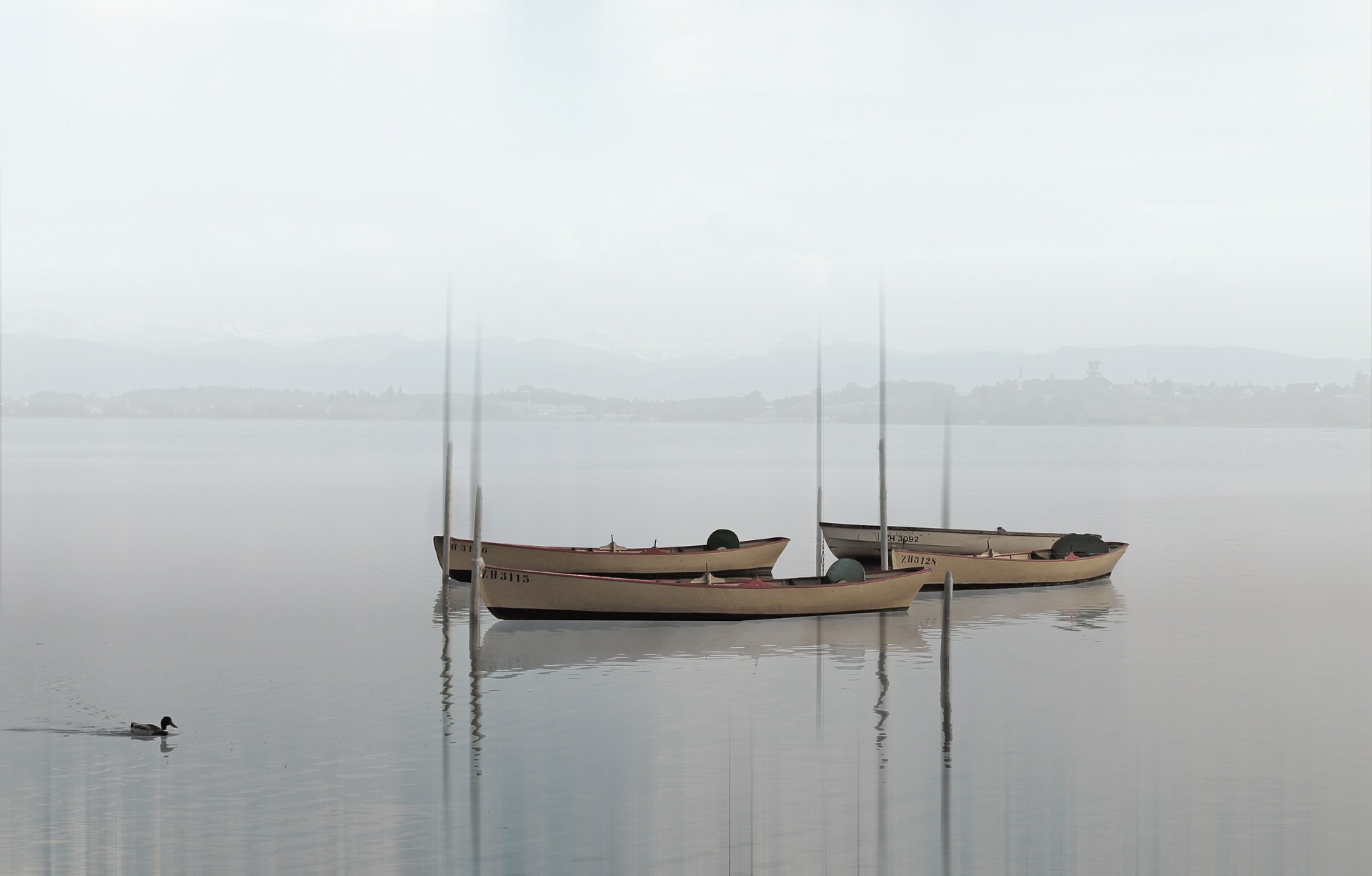 Who is this unemployed man who claims to make Fishers of man?

“Come follow me and I will make you Fishers of men”

Interestingly enough, Jesus doesn’t teach Peter how to be a better fisherman, he doesn’t disciple him in marine life nor even the anatomy of fishes and which hook hooks best; no. He changes Peter’s vocation completely, he gives him everything he could ever hope for then tells him to leave it all behind.

Jesus comes to him, joins him on a boat that was out in the water the whole day but had no fresh fish in the boat to prove that it’s owner did any work that day.

Then Jesus tells Peter to go out once again. You know how frustrating and confusing, even embarrassing that must have being for Peter? Some carpenter from a small village with no house of his own, his unemployed and he doesn’t even have a boat, wants to teach me how to fish?

But there’s something about desperation and failure, exhaustion and hopelessness that are great recipes for great change, for great breakthrough. Peter had probably given up at this point, he was ready to go back home and rest for the night, even on an empty stomach.

I’m pretty sure his rolling his eyes as Jesus asks him to go back into the waters. I’m pretty sure the lack of catch during the day has drained Peter of all energy to argue because we will soon learn later on in the text that he is quite a stubborn man. How He Later makes it into the top 12 list of Jesus’ mission of “Who wants to change the world” Is quite humorous and ironic. Won’t this guy promise never to leave Jesus’ side then deny him three times all in the space of 24 hours?

Won’t he, after having Being filled and experienced In the power Of the Holy Spirit, have to be corrected by Paul? A man who didn’t even get to go on Jesus’ three year honors degree practical programme on the kingdom of God?

Surely Jesus is setting Himself up for failure when he gets on Peter’s boat, the lack of fish on the boat is a sign to let Jesus know that it’s owner is a specialist at working all day and having no results whatsoever. Yet despite all this; Jesus still gets on the boat and He asks Peter to get back on the water, to get back to the place he failed to make a living out of, to get back to the very spot he wasted a whole day’s of work in. Where did this guy even get a fishing license? Is he that stubborn that even fish refuse to be associated with him?

Jesus tells him to throw his nets back into the ocean. That’s crazy isn’t it? Do the same thing you’ve been doing before that didn’t produce any results. That sounds like the definition of sanity. “doing the same thing over and over again and expecting different results.” You’d expect the one man in the world who claims to come directly from heaven to have a better method than the one you have already been using. You’d expect Him to tell you something new, you know; Do something heavenly. But no; Jesus simply tells Peter to do what he knows how to do better than anything else in the world. Yes, he was a mediocre fisherman but that was the only thing he knew what to be, that was his identity. Fishing. Whether he actually caught any fish or not did not matter, at least he had a place in the world he belonged in, even if he didn’t fit in.

However, at this point, Peter is tired. He can already feel the warmth of the blankets in his bed. He is imagining the peaceful walk back home. Yet this man is making him repeat his actions – pretty much repeat his failures. So when Jesus tells him to throw his nets in, Peter ignores the plural form of the word. Why bother going all out when nothing is going to come in? Why listen to a man who is clueless about your career? Imagine being taught how to sing by a mute person!

However, Jewish tradition demands that he be polite. If he walked away now, called this man crazy and got off the boat. The whole community would be in an uproar about his lack of hospitality. So to avoid having a feud trying to defend himself to a community that insisted on being nice to strangers whether they are there to rest or Steal; Peter complies – partially. He doesn’t throw in his nets. No. He just wants to get this over and done with. He merely tosses a net in.

Jesus commanded that all his nets go in but Peter has selective obedience. However, his half hearted response quickly gets him in a pickle. For the first time in his career, the net seems to be getting heavier with each passing moment. Fishing school has never taught Peter about this. It’s still day break, the net can’t possibly be full of fish. Peter tries to pull the net up but it is pulling him down instead. It suddenly dawns on him that he doesn’t have the strength to pull whatever is pulling the net. Maybe it’s hooked around a rock? He calls out to the other fishermen for help

He doesn’t even ask Jesus for help. Nope, this man has being enough trouble. He listened to him and now his net is tearing up. Thank God he didn’t throw all of them in. Even if He doesn’t Save this net, at least his career hasn’t being cut short by some amateur. Or has it?

The other fisherman swim across, the water is not that deep. They climb aboard a boat with a man in distress desperately pulling on a net and an indifferent man who seems not to care enough to help the fellow out. Is this man even a Jew? Does he not hold hospitality to a high degree like everyone else?

The fishermen jump over Jesus, grab onto the net along side Peter and pull. With all their might they pull, playing tug of war with whatever is hooked on to the net. It certainly can’t be edible fish. Because they know that Peter is not capable of catching this much fish. He can barely catch enough to feed himself. With all the strength they can muster, they drag the net up onto the boat. To their surprise, the boat comes alive with a flurry of fish flapping around hoping to stay alive or jump back into the safe haven of the waters.

Peter can’t believe his eyes. What magic is this that his boat is filled with more fish than he has ever caught in his life? His boat is even weighed down by the amount of fish. He looks at a smiling Jesus as the other fishermen laugh in disbelief. What just happened? Peter was fishing on this very spot the bulk of the day and didn’t catch anything and now? Where does all this fish come from? Some decide that they are moving to this spot tomorrow while others fix their eyes on the other man in the boat, the one who did nothing and is now smiling.

Peter laughs. Who is this man? Where does he come from? How did he do this? And as if the man can read minds, he utters a sentence that changes Peter’s life forever

“Follow me and I will make you fishers of men.”

That’s a rather crazy statement. Men don’t live in the sea. Why would we need to fish for them? Am I going to be a slave owner? How did you do this? This time around, Jesus doesn’t answer his thoughts although his previous answer is enough to cause Peter to make the decision to get off the boat filled with fish that can make him very rich, and follow an unemployed man with no house or money but he somehow has the power to make him a Fisher of man.

The man in the mirror 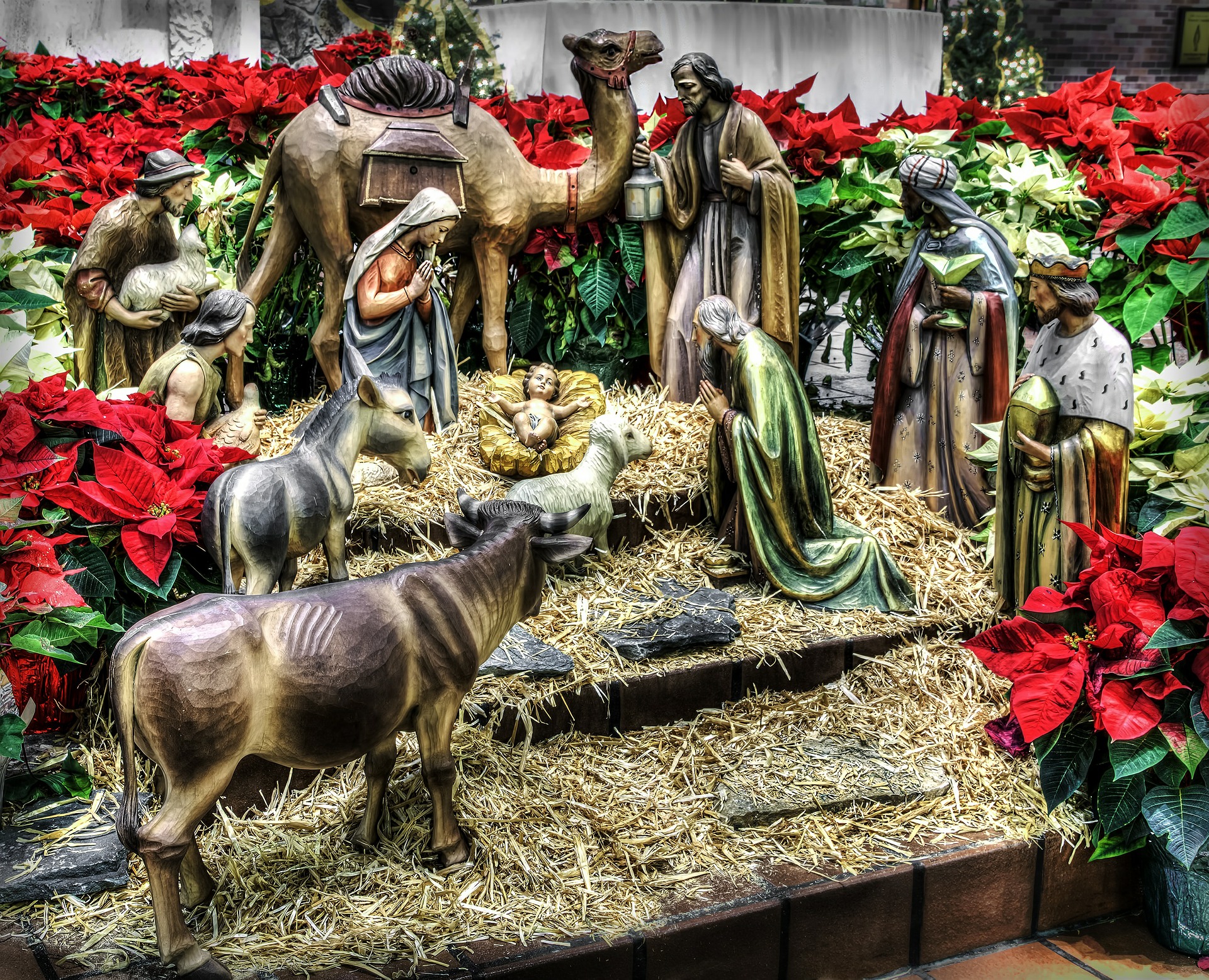